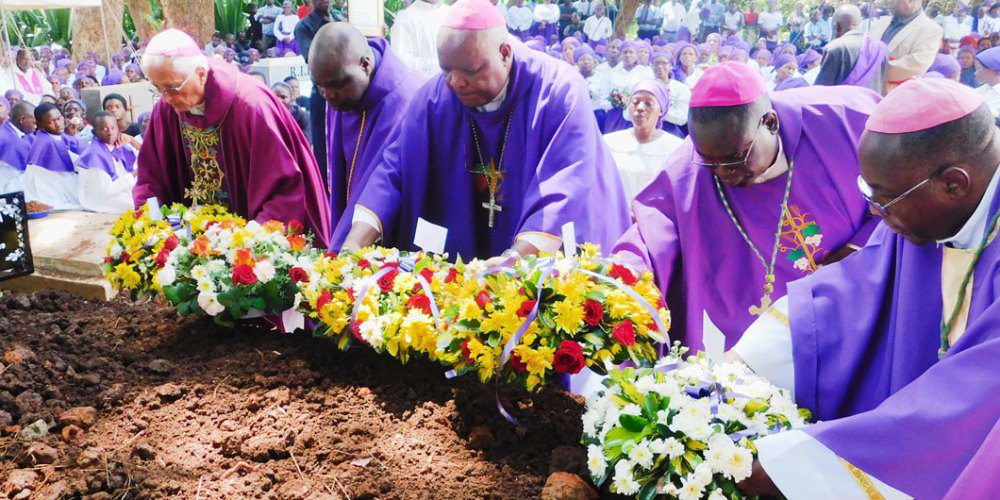 After a long battle with kidney problem, Father Jana lost the battle on Wednesday, March 20 at Mwaiwathu Hospital in Blantyre.

In his homily at requiem Mass held at Likuni, Fr. Patrick Thawale of Archdiocese of Lilongwe challenged his congregation on that Fr. Jana’s death is a wake up call.  “brethren,” its is time to take a day at a time,” he said. “If you live as though you will never die, you will die as though you never lived,” Msq. Thawale added. The vicar  that Fr. Gabriel will ever be remembered for his work spirit displayed in implementing the resolutions of the 1995 Africa Synod where the Church was challenged to embark on using the radio ad means of social communications for evangelization.

The late Father Jana had a vision. He longed that Radio Alinafe  be an effective instrument of establishing communities that will witness and bring about justice, peace, love and unity in the light of the Word of God. His vision and dream materialized as Radio Alinafe indeed benefits people by facilitating dialogue, communication and awareness raising on different issues and activities affecting the Catholic community in the parishes.

Through its programing, the radio has been instrumental to the development of the people through educational programs on health, agriculture and good governance, as well as in the pastoral areas such as evangelization, Catechism and liturgy. During his time as director, Radio Alinafe took holistic approach so that it promotes the integral development of the human being.

Speaking on behalf of all bishops ECM, Bishop M. Mtumbuka appealed to all Catholics to contribute towards people devastated by floods elsewhere in Malawi. However, he also admonished politicians against violence through the electoral process.

Fr. Gabriel Jana was born on 4th June, 1965. He from Ngolowindo village in Salima District.

Thousands of Catholics showed up at Likuni Parish to pay their last respect to late Fr. Gabriel Jane, the priest, communicator and a mentor to many. Hon. Saulos Chilima and Hon Lazarus Chakwera are among those that turned up to bid fare well to Fr. Jana.

In the Archdiocese of Lilongwe, Fr. Jana has also served as Communications Secretary and Archdiocesan Overseer of Events and until his departure.